Much more than food for thought.....

This was emailed to me...

What if things were switched around? Think about it... Would the country's collective point of view be different?

What if Obama had paraded five children across the stage, including a three month old infant and an unwed, pregnant teenage daughter?

What if John McCain was a former president of the Harvard Law Review?

What if Barack Obama finished fifth from the bottom of his graduating class?

What if McCain had only married once, and Obama was a divorcee?

What if Obama had met his second wife in a bar and had a long affair while he was still married?

What if Michelle Obama was the wife who not only became addicted to pain killers but also acquired them illegally through her charitable organization?

What if Cindy McCain graduated from Harvard?

What if Obama had been a member of the Keating Five?
(The Keating Five were five United States Senators accused of corruption in 1989, igniting a major political scandal as part of the larger Savings and Loan crisis of the late 1980s and early 1990s.)

What if McCain was a charismatic, eloquent speaker?

What if Obama couldn't read from a teleprompter?

What if Obama was the one who had military experience that included discipline problems and a record of crashing seven planes?

What if Obama was the one who was known to display publicly, on many occasions, a serious anger management problem?

What if Michelle Obama's family had made their money from beer distribution?

What if Obama had adopted a white child?

You could easily add to this list. If these questions reflected reality, do you really believe the election numbers would be as close as they are?

University of Delaware - B.A. in History and B.A. in Political Science.


Education isn't everything, but this is about the two highest offices in the land as well as our standing in the world. - make the call.
Posted by JasonShawnAlexander at 12:35 PM

Cool man. I've strayed away from politics altogether and am in search for something deeper (spiritually).
That's what politics is dumb. It's a war within ourselves. We need to unite. But there is a such thing as divide and conquer. We'll soon find out what that really means.

Thanks for posting this.

I'm all for something deeper, to look inside of ourselves... but we're all connected, especially in this country, and there is a political system that exists that affects us directly. Especially right now. So, right now, we HAVE to pay attention to politics. We have to look outside ourselves and contribute because as a country, as neighbors, we're all going to feel something based on the outcome of this election. I'm hoping people can see than and wether for one candidate or the other, at least participate and just vote.

Great post, i had actually heard it on the radio a few days ago, Thom Hartmann or Mike Malloy. And great comment, you're dead on. Everyone needs to vote, and more importantly, everyone needs to get their head out of the sand and start paying attention to politics and to what's going on, instead of waiting until they're getting bit in the ass and slapped in the face to pay attention and do something. This is simply what a democracy requires, and the fundamentalist republicans know this, which is why they want as few people voting as possible.
Sorry about the rant, i'm a bit of a political junkie you could say.
Thanks again for the post JA.

Wow. That was actually spot on. It's unfortunate, however, that I have made up my mind, and it comes down to age more than race...

Ha! Me too. But we might have a completely different take on what's a better age for this particular position. Maybe. Actually, I've always just let policy make up my mind....

JasonShawnAlexander
Jason Shawn Alexander (B. 1975) Painter and draftsman from Tennessee, currently resides and works in Los Angeles, California. Though modern in its subject matter, Alexander’s work pulls, still, from the vulnerability, fear, and underlying strength that come from his rural upbringing. Much like good Delta Blues, his work maintains a sense of pain and passion which steers Alexander away from the standard “isms” that, in his words, “tend to muddy up what’s really important”. The result is something heartbreakingly genuine. 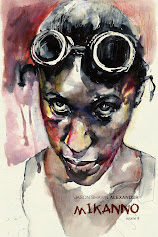 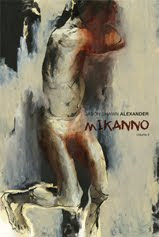 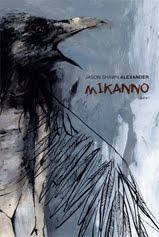 100 drawings from coffee shop doodles to life drawing studies to concepts for new works. The first in a series of sketchbooks.